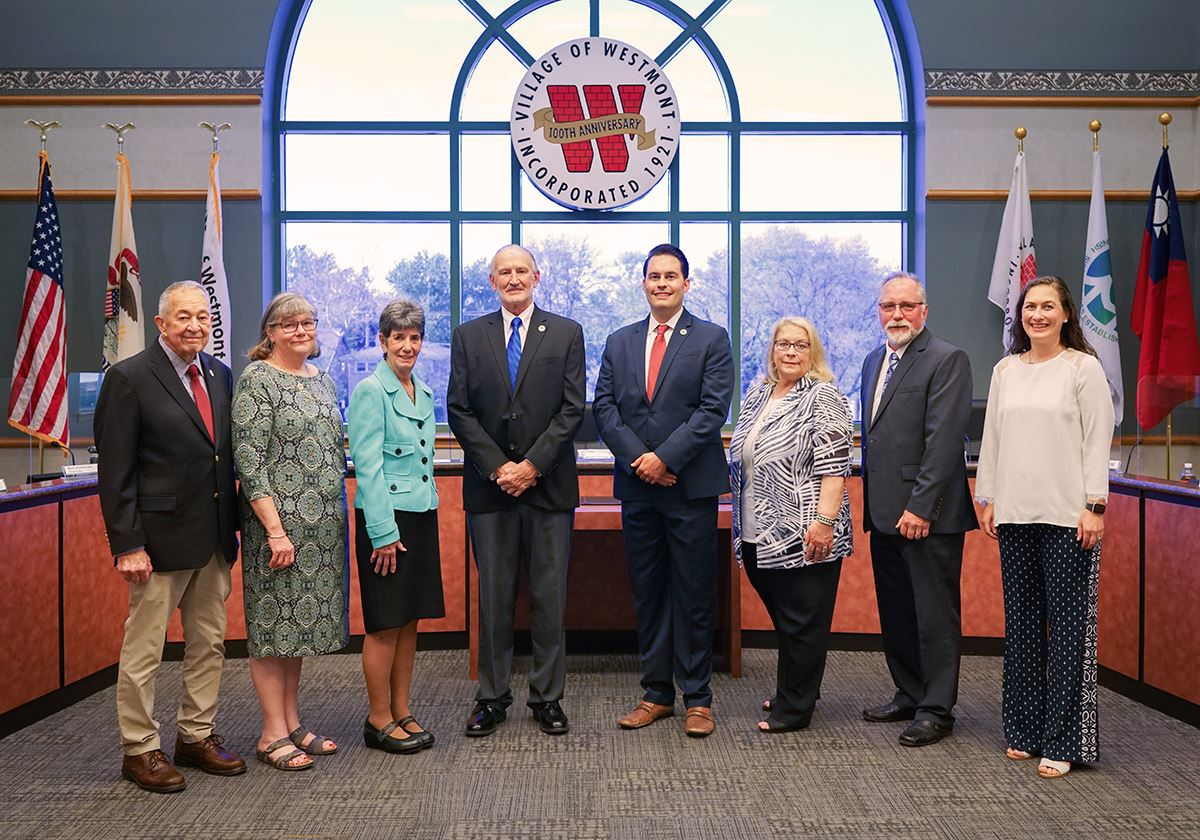 The Village of Westmont is an incorporated municipality under the laws of the State of Illinois. The governing and policy-making body of the Village consists of a Village Mayor and six Trustees elected on an at-large basis for overlapping terms. The Mayor and Board appoint a full-time Village Manager to supervise the operations of Village Departments. The Mayor also serves as the Village Liquor Commissioner. In addition to appointing the Manager, the Board is responsible for the approval of an annual budget and the adoption of ordinances to provide for the peace, health, safety, and general welfare of the community and all of its citizens.  Below is a listing of elected officials who currently serve on the Village Board along with bio and contact information.

Email the Village - This email link will copy the Village Board, Village Manager, Village Attorney, and specific Village staff members. The Village Board as a group cannot respond to this email as it may constitute a violation of the Open Meetings Act.  Specific Village staff members are copied on these emails to help ensure that communications are received and responded to as necessary.

Village Board Meetings are scheduled every other Thursday at 6 p.m. at the Village Hall.

NOTE - Due to COVID-19, some meetings may be virtual.  Please check published agendas for the most recent information.